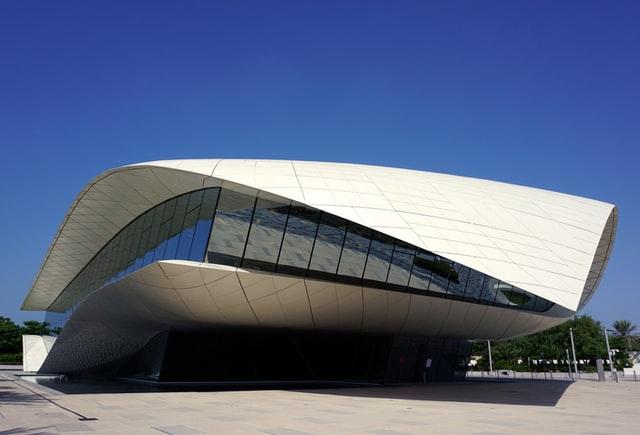 Museums
Contenus masquer
1 Exhibitions
1.1 Video
2 Admission Fee
3 How to get to the Museum
3.1 Entrées similaires:

The UAE is a country rich in history and the Etihad Museum in Dubai is a great place to visit if you want to know more. The modern museum, covering more than 25,000 square meters, is an ode to the past of the 21st century, with a repository of documentary films, photographs, artifacts, timelines and interactive exhibits that tell the story of this country and photos of the founding fathers. Inaugurated in late 2016 by Sheikh Mohammed during the celebrations of the 45th national day.

Designed by Canadian architects Moriyama & Teshima Architects, the museum is built in the form of a manuscript, with seven inclined columns representing the pens that signed the declaration of the Constitution in 1971.

The Etihad Museum includes two other important parts: the Guest Palace and the Visitors’ Pavilion. The Etihad Museum offers its visitors a unique journey into the past by focusing on a chronology of key events between 1968 and 1974, which finally led to the unification of the Emirates in 1971. A total of 10 exhibits from the Etihad Museum accompany you on a journey of the founding fathers of the United Arab Emirates and how they brought the seven emirates together.

All of them include permanent and temporary exhibitions, a theater, a library, an interactive timeline with maps and videos, an educational area and a leisure area.

There are 10 rooms in total, each designed around a different theme :

You can enter alone or in a group when visiting the museum. However, the price of the entrance ticket to the Etihad Museum will be cheaper if you are in a group. The Etihad Museum is open every day from 10:00 am to 8:00 pm.

How to get to the Museum

The Etihad Museum of Dubai is located at 1 Jumeirah Street, across the street from December 2. You will find it at the foot of the imposing Union Flag in Jumeirah. The Al Hudaiba Awards building, which is just across the street, is another important landmark in the vicinity of this museum in Jumeirah.

By public transport, the Al Jafaliya stop on the red line of the Dubai metro is the closest metro station to the Etihad Museum in Jumeirah. However, you will need to take a cab from there.