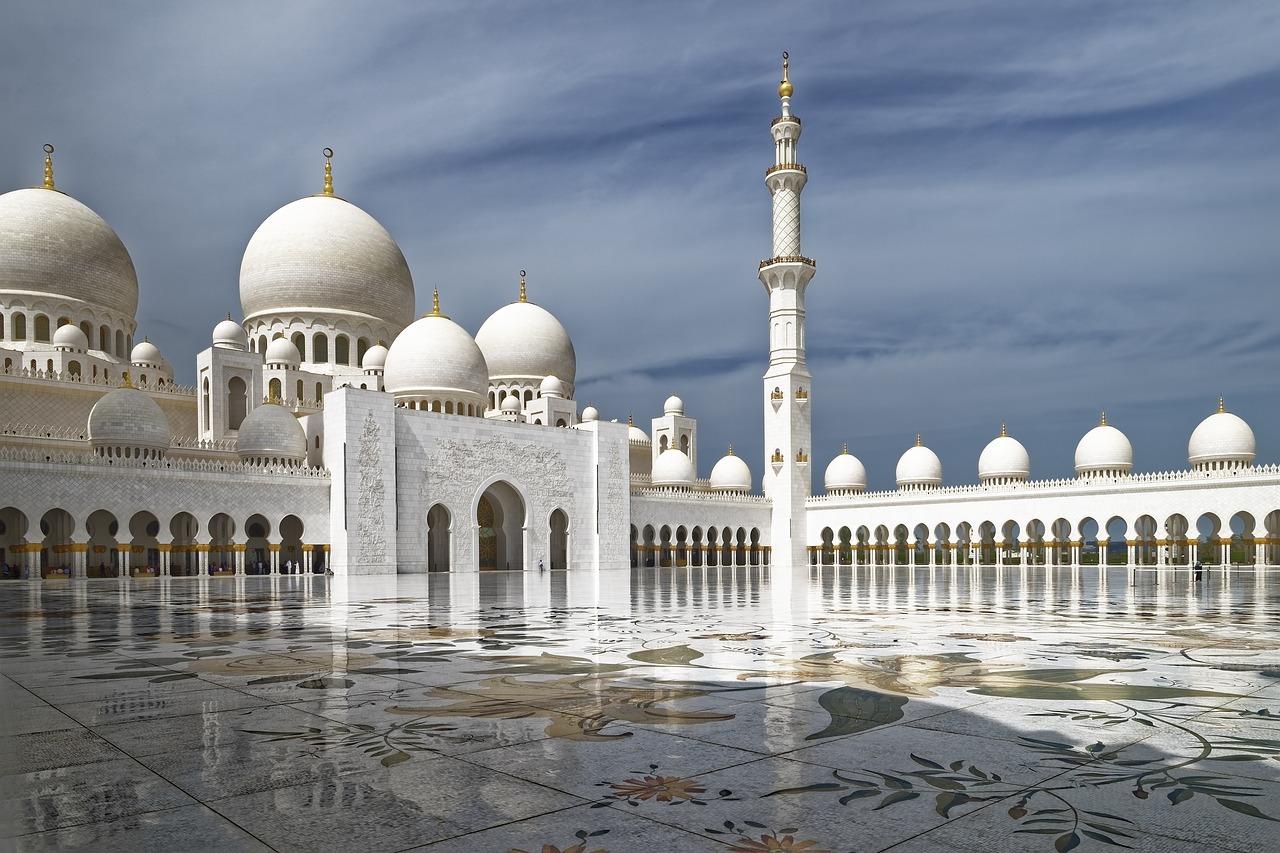 Abu Dhabi
Contenus masquer
1 History
2 Video
3 Clothing for the visit
4 Admission to the Sheikh Zayed Grand Mosque is free.
5 How to get there
5.1 Entrées similaires:

Abu Dhabi is home to the third largest mosque in the world, after Mecca and Medina in Saudi Arabia. In addition to being free and open to foreigners, which is very rare in Muslim countries.

Built by the first president of the United Arab Emirates, the late Sheikh Zayed bin Sultan Al Nahyan and inaugurated in 2007, the Grand Mosque represents the consolidation of Islamic culture and is a prominent center for Arab sciences.

Entirely decorated with more than 100,000 tons of white Italian and Greek marble, its interior features delicate floral designs inlaid with semi-precious stones such as lapis lazuli, amethyst and mother of pearl. The verses of the Qur’an are written in three types of Arabic calligraphy by artists from the United Arab Emirates, Syria and Jordan.

Seven gold-plated chandeliers of different sizes with Swarovski crystals were made by leading international crystal chandelier companies. The largest of the chandeliers is the largest in the world with about 12 tons. In addition, there is a Persian carpet which is considered the largest in the world. The mosque has a capacity of more than 40,000 worshippers, more than 80 domes and can be seen from different points in the city.

Clothing for the visit

To visit the Sheikh Zayed Grand Mosque, it is necessary to follow a certain dress code. In general, women should not wear tight or short clothes (long pants and skirts are allowed). Arms and shoulders must be covered, as well as the head. For men, shorts and tank tops are not permitted. If you are not dressed appropriately, there is no need to worry: the mosque has a free clothing loan service for visitors. All you have to do is leave an identity document (passports are not allowed) and take the clothes. All tourists go through a “clothing search” to be approved or not.
Visit

Admission to the Sheikh Zayed Grand Mosque is free.

The guided tour of the Sheikh Zayed Grand Mosque lasts 45 minutes and is open to all tourists. Tours are conducted in English or Arabic and to join a group, you must arrive 15 minutes before the tour begins. Audio guides are available free of charge in 11 languages, including Portuguese.

Visitors are free to take pictures of the mosque.

How to get there